Driving force in the monastery 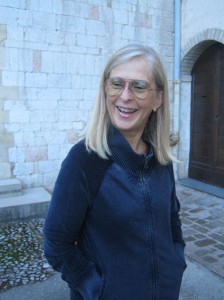 ilConvento’s manager and driving force is Norwegian-born Live Mørstad, who has lived in Italy for 40 years and studied at the Academy of Art in Rome. In 1980, she moved to Umbria and started her own weaving studio, Tessutocolore. Her hand-woven fabrics have been purchased by fashion houses such as Nina Ricci, Christian Dior and Givenchy. From 1990–98, she organised adult-education courses in creativity and weaving which were funded by the authorities in Umbria, Sardinia and the EU. Live Mørstad has been in charge of the monastery project since 1995, being closely involved with its restoration and the organisation and running of holiday courses for private individuals, groups and companies.